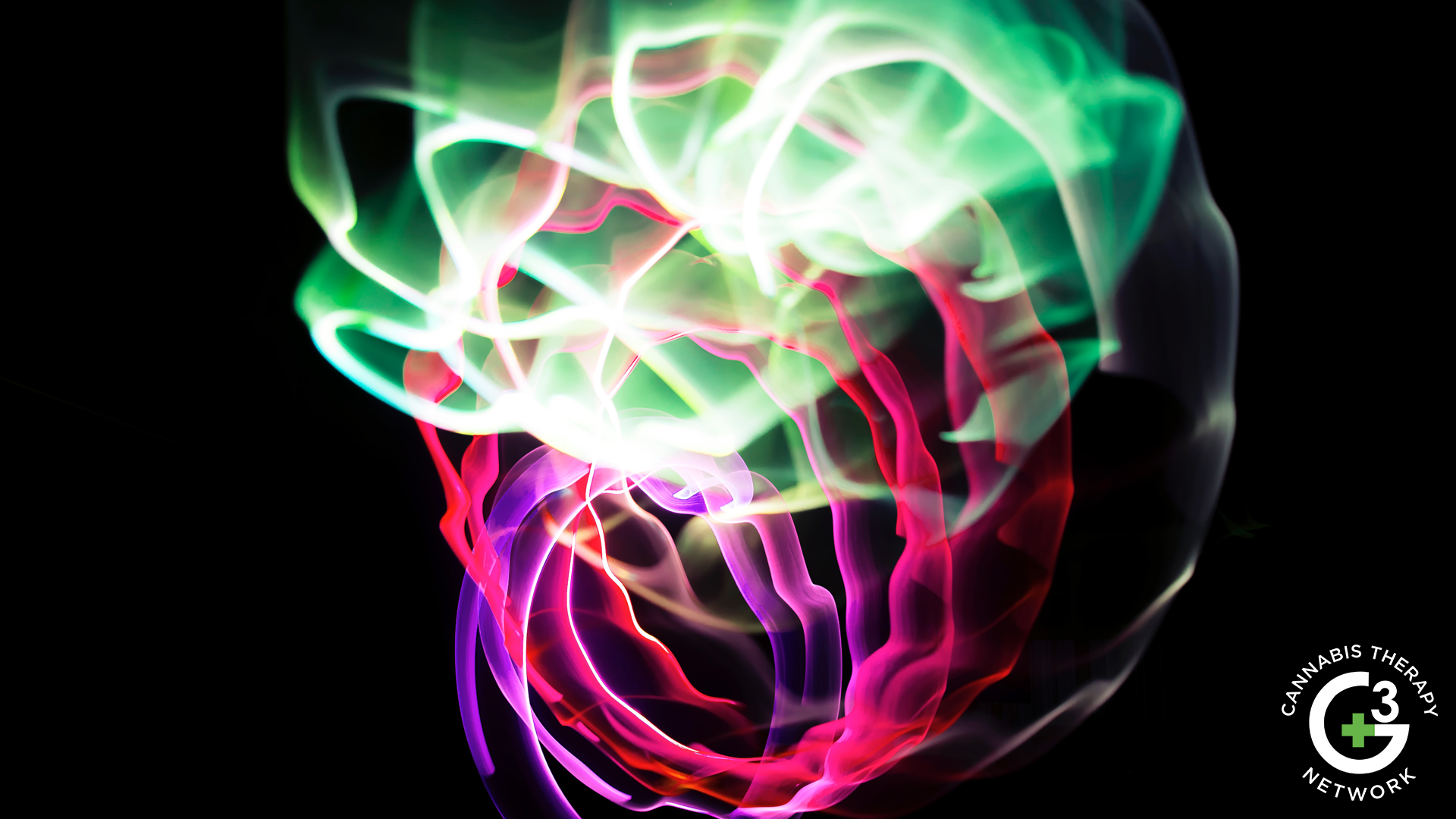 Spending decades underground, the modern era is bringing psychedelics to mainstream media in a new way. Rather than newsworthy tales, or entertainment based use, psychedelics are back with a therapeutic spin. With the widening of research into their use for therapy of common conditions. As of 2020, two cities have officially decriminalized the use of psychedelics for therapy use, and states like Oregon are on the way to following suit. So, as legalization for therapeutic psychedelics spreads, what do you need to know about the latest trend in herbal therapy? Here’s our beginner’s guide to therapeutic uses of psychedelics and their progress in the modern world of medicine.


Magic mushrooms, ecstasy and acid may all sound like the gateway to a good time. Which is why scientists are now using the substances’ scientific make-ups to put that time to good use. These types of psychedelics are now trending for their effectiveness in treatment of conditions like anxiety, PTSD, depression and more. Spawned by growing research into the safety, dosage and effects of compounds like lysergic acid diethylamide (LSD), 3,4-methyl​enedioxy​methamphetamine (MDMA) and psilocybin (found in shrooms).

Before we get into how these hallucinogens are providing effective therapy, let’s learn more about their unique inner-workings. Outside of what you may know, from a prior ‘good-time’.

Shrooms or ‘magic mushrooms’ are technically any fungi that contains psilocybin. A compound that turns into psilocin, upon digesting. And, psilocin is what’s responsible for shrooms’ conscious expanding effects or what produces their psychedelic effects. These effects include changes in sense perception, visual perceptions, views of color, how sounds are heard, aura sights (tracers) and light visuals. Shrooms also produce emotional effects. Like hilarity and laughter, feeling connected to one’s environment and distorted recognition of time and space. 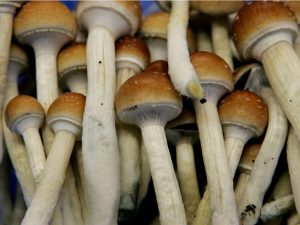 MDMA aka Ecstasy or Molly aka 3,4-methyl​enedioxy​methamphetamine

MDMA, commonly known as ecstasy is scientifically known as 3,4-methyl​enedioxy​methamphetamine, a synthetic compound in Phase 3 of FDA trials. The pure powdery substance provides effects of euphoria, empathy and feelings of authenticity. Due to its ability to increase the production of serotonin, dopamine and norepinephrine. Which are brain neurotransmitters that influence appetite, sleep and mood. The activation of serotonin from MDMA also promotes feelings of intimacy and attraction.

LSD, or Acid is another synthetic compound titled lysergic acid diethylamide. Originally crafted, for the treatment of respiratory depression. The hallucinogen contains a fungus called ‘ergot’ and diethylamide, a non-organic chemical. Together, LSD provides a number of psychedelic and soothing effects. And like MDMA, and shrooms – it’s all about serotonin. LSD promotes serotonin production in deep parts of the brain, like the cortex. Affecting brain receptors that are responsible for visualizing and interpreting the world around you.

The boosted serotonin receptors also allow for stimuli to process in larger amounts. Consequently, this overstimulation causes a variation in thought, perceptions and emotions.

DMT or N, N-Dimethyltryptamine is another hallucinogen that is growing in popularity for psychedelic therapy effects. It’s a chemical found naturally in many plants, and animals and often referred to as the ‘spirit molecule’ for its uplifting and influential effects. Like shrooms, researchers are finding that DMT works as an agonist to serotonin receptors, specifically  5HT2A. Providing its’ potentially positive effects.

So, now that you have more insight into what makes a psychedelic and how their individual effects differ – how are they being used for herbal therapy purposes? From addiction to PTSD, let’s take a look at how psychedelics are transforming into modern therapeutic healers.

The New Way To Heal

Psychedelic-Assisted Therapy is making a comeback from its heyday of the 1950’s and 60’s. The resurgence of research began in the early 1990’s, with clinical trials into how psychedelics are producing profound therapeutic benefits.

Post-Traumatic Stress Disorder is a condition that affects millions of US citizens. Especially veterans, as PTSD is the third highest service-related disability. Without any cure, or consistently effective treatment. That is, until psychedelic therapeutic benefits for the condition have been discovered.

Technically, PTSD is hypoactivity and hyperactivity in the brain – specifically in the hippocampus, prefrontal cortex and amygdala. In a recent study at Columbia University, psychologist and researcher Gillinder Bedi found visual evidence as to how MDMA may help as therapy for the condition. Upon reviewing brain scans from the study, subjects who took MDMA displayed increased activity in the brain regions associated with processing rewards. And decreased activity in the amygdala, where hyperactivity is normally found in those suffering from PTSD.

But, PTSD doesn’t just affect veterans. In another clinical trial MDMA helped the recovery of 10 out of 12 women, who suffered from PTSD as a result child sexual traumas. Due to the collection of success from early research, the FDA has officially approved Phase 3 of clinical trials. Meaning, by March 2020 we could have news on MDMA being classified with a designation for PTSD psychedelic-assisted therapy. In early phases of the trial, researchers overall found participants had PTSD symptoms reduced by 50%, and depressive symptoms reduced by a staggering 70%.

Depression is often described as ‘treatment-resistant’ and affects nearly 17 million people. But therapeutic psychedelics are now showing promise for the widespread condition. Proven by the FDA titling psilocybin as a ‘breakthrough therapy’ to treat major depression disorder, in just 2019. And shrooms aren’t the only psychedelics showing therapeutic natures. LSD and MDMA are being explored for their ability to treat depression, too. 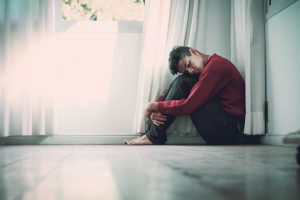 Researchers are finding that psychedelics have a unique way of stimulating, and inhibiting regions of the brain. To produce antidepressant results, studies are showing that therapeutic psychedelics have a way of rewiring the brain. Or interacting with, and creating new ‘synapses’. Synapses are the connectors between neurons, that are used for communication. In the brains of those suffering from depression, less synapses are often found – especially in the frontal cortex. This is where the brain regulates mood and cognition. Hence, why the positive promotion psychedelics have on this mood controlling region, is proving to be therapeutic in nature.

Like depression, alcohol and substance addiction or dependency is a widespread issue. Again, affecting nearly 17 million people. Luckily, serious advancements in research are proving that psychedelics therapy may be able to help. With a plethora of positive results, compiling.

But the studies of psychedelics as therapy for addicted individuals is nothing new. Studies go back to the 1950’s, and span all across the globe. Like a trial from the late 1960’s that was recently resurrected with new progress for LSD and alcohol addiction, in a 2012 published study. The findings overwhelmingly support LSD’s ability to curb addictive traits. Being called,  “as successful as any treatment since,” by David Nutt, professor of neuropsychopharmacology.

And in terms of smoking, psychedelic therapy is just as positive. In a recent study at John Hopkins University, shrooms or psilocybin were successful at treating 15 longtime smokers. To add, 6 months after the trial 80% of the participants were still abstaining from smoking.

One Step at a Psychedelic Time

Therapeutic psychedelics are also being researched for their treatment of obsessive compulsive disorder, terminal illnesses, anxiety and beyond. But overall – findings are still fresh. With years as being classified as Schedule I controlled substances, psychedelics may have a long way to go before being taken more seriously. With increased funding towards controlled clinical trials, researchers are hoping to change that quickly. As they come close to identifying ideal doses for therapeutic psychedelics to be a ‘breakthrough’ treatment for widespread conditions.

Stay tuned to our Herbal Therapy series for more in-depth information into these psychedelics, and other alternative methods for healing. Want more, now? Join our upcoming PotCast on the same topic at 4 pm on Thursday’s. Streaming on Facebook or our YouTube Channel. Don’t forget, you can connect with us socially on Instagram for the freshest mindful content, you need for a new year.

All You Need to Know about Cannabis Edibles

We bet you didn't know these facts about cannabis

Discover the 3 Must-Knowns About Cannabis Therapy! This FREE ebook will answer your most important questions about cannabis. Sign up below and embark on an educated canna-journey today.