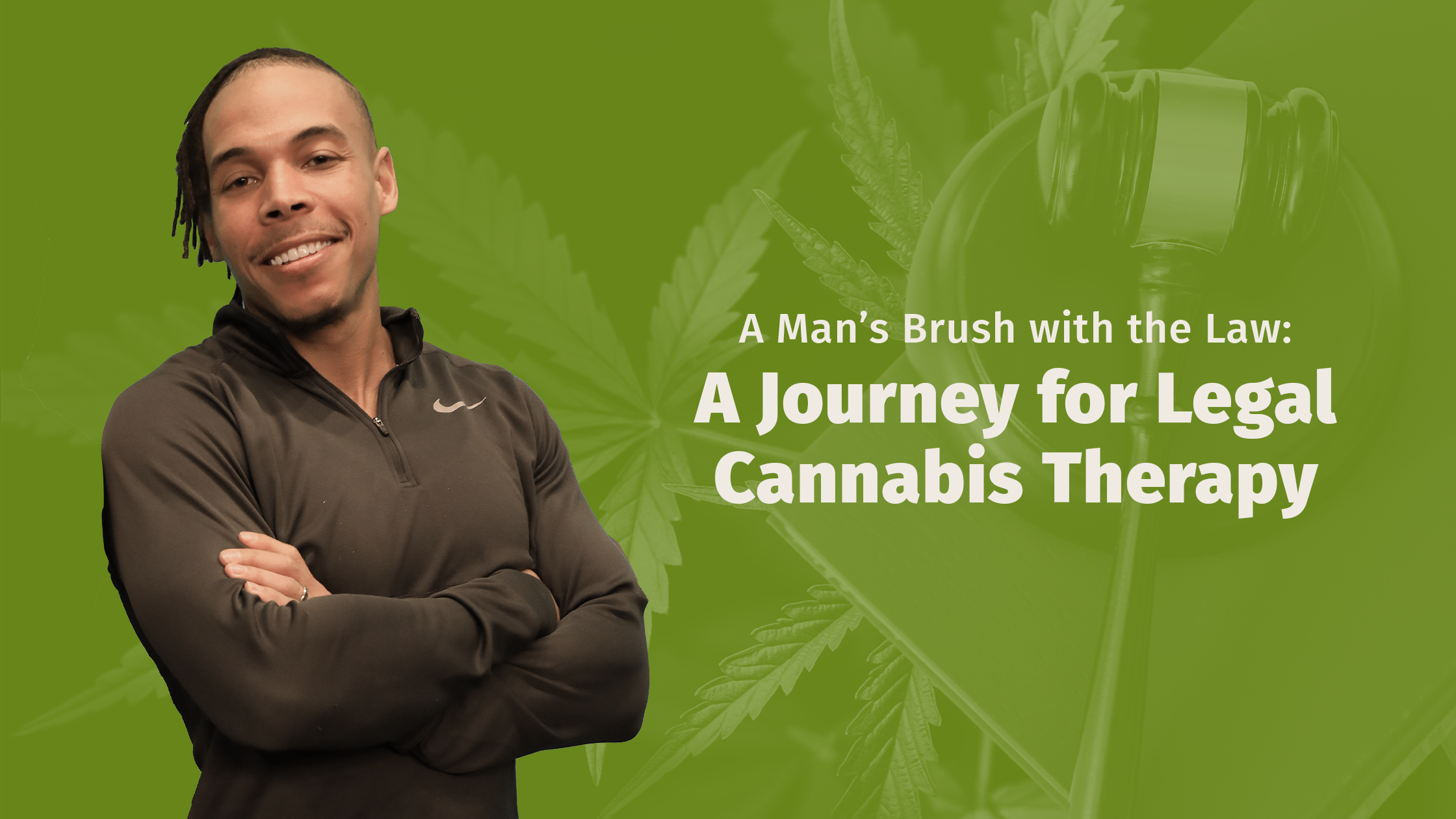 A Man’s Brush with the Law: A Journey for Legal Cannabis Therapy

Earl Carruthers wasn’t always as passionate about cannabis, as he is now. Only after a successful college football career, a debilitating injury, a high-ranking position at JP Morgan, the reading of a new book, and a historic brush with the law, did he become the man, he is today.

Carruthers, now, is putting his time, invaluable knowledge, and resources into fighting the good fight against the stigmas of legal cannabis therapy. One step at a time…

Step One – Developing His Passion

Like most people who turn to the use of medical marijuana, an injury offset Earl’s path into cannabis therapy. While playing high school and college football, he endured a pelvic fracture and turned to natural alternatives versus pain medications and opioids. Hence, where his passion for cannabis arose.

After taking an 8-week crash course on all the in’s and out’s of how cannabis is medically beneficial for a wide range of ailments – Earl knew what he had to do. He took his entrepreneurial spirit that was nurtured with a degree in Finance and set forth into the growing medical marijuana business once legalized in his home state of Michigan in 2008.

It’d be nice if we told you that Carruther’s journey was smooth sailing from there. But, as stigmas still surrounded the use of cannabis it’s the eyes of the law that caused his first bump in the road. After a journey through the courts to prove his innocence and rights, Earl was pivotal in Michigan’s legislation concerning what ‘usable marijuana’ truly meant.

Notoriously termed ‘the brownie case’, Earl saw first hand what can happen when ‘legal-ish’ rights are threatened by those in power. His legitimate business Green Greener Grow was then entrapped in a raid, causing more legal issues to arise and even more stigmas to break. This ongoing fight not only took his first successful cannabis business out from under him, but fueled his fire to preach on legalities every conscious cannabis consumer should know.

Building from the ground up again brings us to the step that turned Earl into the face of an advocate. More than just being your average cannabis business owner, Earl’s history of cannabis is entrenched in the ‘grey areas’ that still remain and that he seemingly thrives in. So Carruthers has taken his lifelong path of building passion, back to his roots of what he does best – helping others.

Now, Earl’s journey is centered on spreading the good word, building a collective of like-minded consumers to more strongly ‘fight the good fight’. That includes educating and empowering those around him, to the truths behind cannabis use, legalities and successfully growing in the emerging industry.

To Carruthers, it’s not about competition or ‘giving away’ professional secrets – it’s all about elevating conscious craft cannabis for natural therapy. His hope is that over time, the fight for higher education and advocacy helps to banish stigmas that still remain for the beneficial and peaceful plant.

With the combined passion for helping others and the unique path that Earl’s endured, it’s no surprise the journey is only onward from here. From tackling social injustices to formulating ways his business can elevate cannabis therapy for conscious consumers, the good fight continues for Carruthers.

The Homegrown Weed Summit is just the next step on his path for using his past to improve the future for others. Carruthers developed this one-of-a-kind virtual event designed for the canna-curious, to the fellow canna-advocate who can benefit from cultivating their own craft crops (legally, of course).

Unlike most top executives working for their own personal gain, or those jumping into the cannabis industry for its now soaring growth, for Carruthers, this is personal. More important than Rolling Stone Magazine highlighting Earl’s spirit, it’s his close friends, family, and associates that know him best. And, as his good friends will tell you, “He’s committed to fighting the good fight. He’s definitely a trailblazer doing great things for the cannabis industry and community.”

So join Earl on his blaze of redemption for the legal right to blaze freely. Take part in the upcoming Homegrown Weed Summit, or see how else you can partner with his many consumer-forward cannabis ventures.

The only online event in the world dedicated to teaching you how to grow elite cannabis from your home.