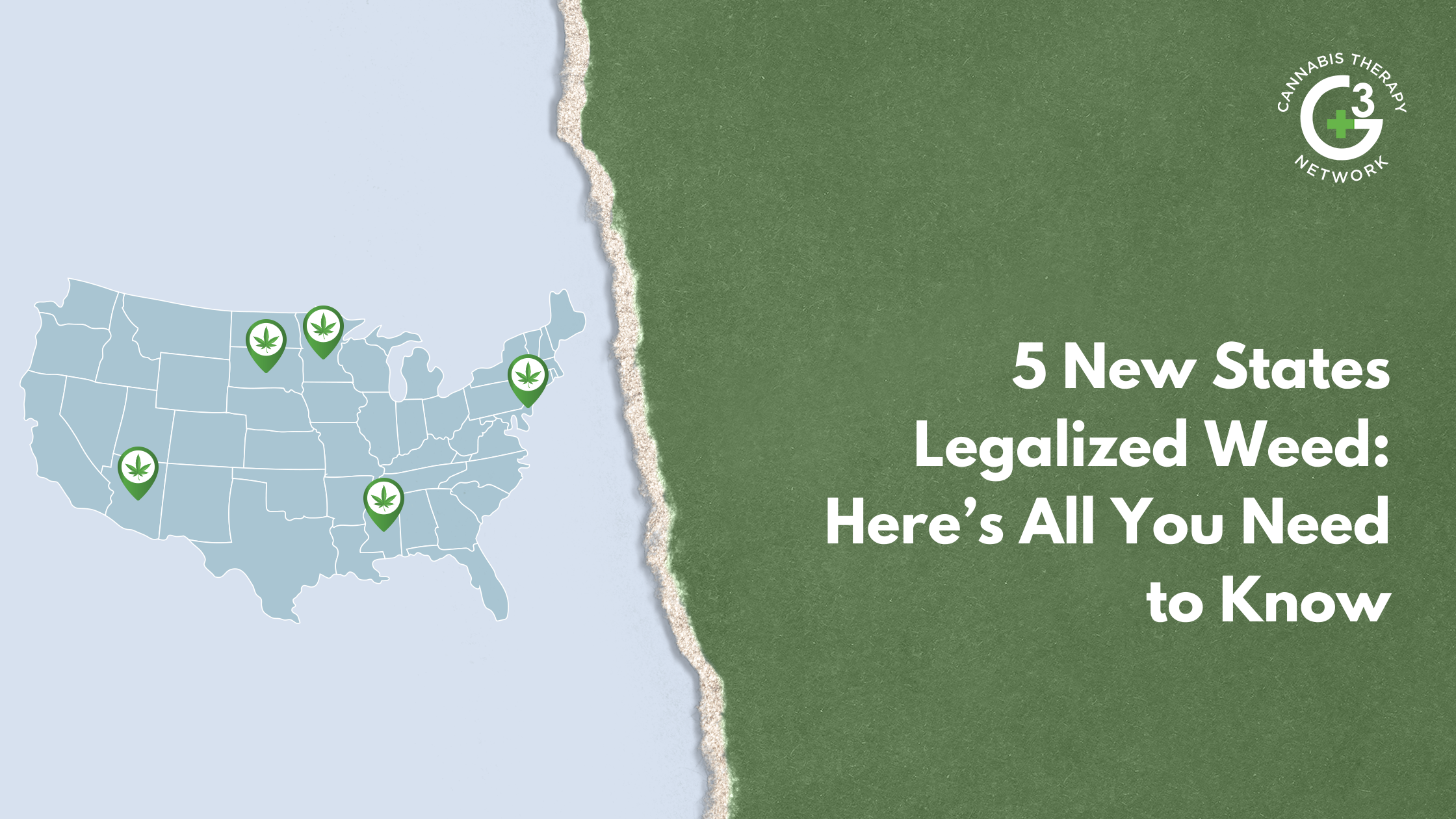 5 New States Legalized Weed: Here’s All You Need to Know

Rather than a red wave, or blue wave, the USA saw more of an unexpected ‘green’ wave this election cycle. As 5 new states made progress in marijuana legalization for medical and/or adult-use. Not only do these wins open new doors for the growing cannabis industry, but goes to show an increasingly positive pot viewpoint, nationwide.

So what do YOU need to know about marijuana legalization 2020 edition? We’ve compiled the ultimate guide to the new states ‘legalize marijuana’ movement.

Fresh Faces in the Cannabis Community

Whether you live in these freshly legalized states or not, any cannabis connoisseur can celebrate the news of widened legalization for medical or recreational use. It goes to show that no matter our differences politically, there’s one thing we seemingly can all agree on – legal weed is the way to be.
So which states were the latest to join the ever-expanding cannabis community? Here’s a quick breakdown of who and what made progress this 2020 election:

While exact legislation varies from state to state, the legalization movement expands the nation’s overall use for adults of 21 and over, and those who suffer from debilitating conditions.
Speaking of legislation, let’s cover the fine details from each state and how quickly the progress goes into effect.

If you’re a Michigan resident or you live in a state that has recently legalized marijuana, you know the wait can be so long to endure. For insight, Michiganders had to wait well over a year from voting for legalization until legal pot was available for purchase in limited areas.

Meaning, for new states, the proverbial clock is tick-tocking for legislation to go through its legal process. Again, each state is unique with the exact verbiage that was passed, so we made it easy by summarizing just how long marijuana legalization 2020 will actually take effect from region to region.

Changes on the Horizon

Of course, without nationwide legalization or standards to adhere to – every state with new marijuana legalization has its own set of rules or allowances. While freeing the leaf exponentially across the Nation is still thrilling for conscious cannabis users, it can be confusing to keep up with the variances as you travel from state to state.
One thing that remains consistent with regard to recreational marijuana use is the age limit of 21+. This remains true for the 4 new states legalizing marijuana for adult-use. But, keep in mind the following factors may differ depending on the area you’re lighting up with marijuana legalization:

As the exact legislation for each of the 5 new states to legalize marijuana is formalized, most of this information is still up in the air. To be dutiful as a conscious cannabis user, keep this list handy for whenever you’re considering legally purchasing and consuming across the Nation. That way, you can ensure you double-check important common factors for compliance.

The Green Wave of Legalization

Regardless of the subject, we can all admit it feels good to agree as a Nation. Even better is becoming unified for the progress of marijuana legalization. As the green wave sweeps the country, join in celebrating the marijuana movement that’s closing gaps and lifting stigmas, state-by-state. The closer we can come together for conscious cannabis use, the better we can elevate as one.