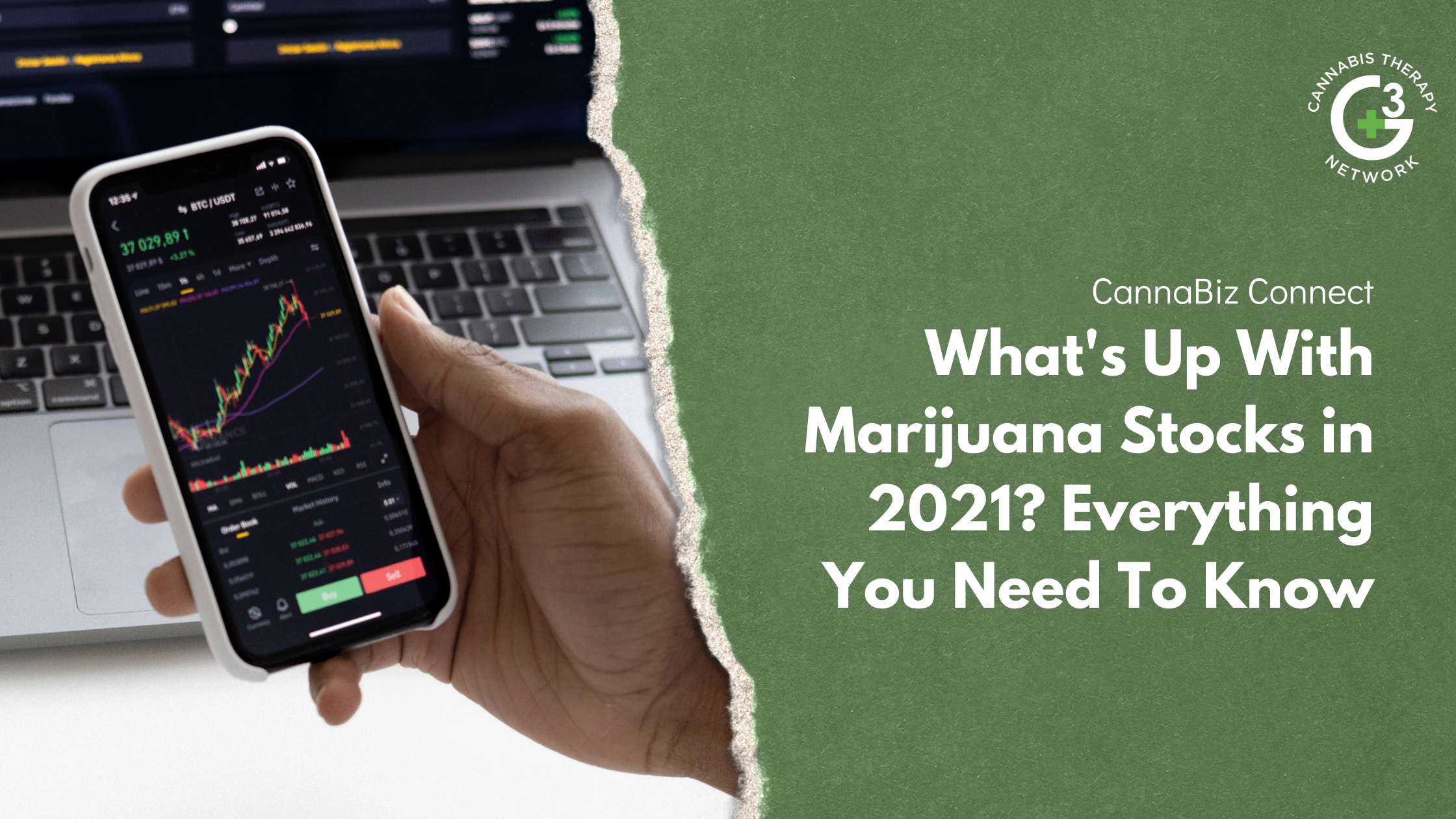 What’s Up With Marijuana Stocks in 2021? Everything You Need To Know

It’s likely you’ve heard the term ‘to the moon’ in regards to cryptocurrencies, and stocks in 2021. But, what about marijuana stocks? Are they poised to take flight too?

Here we’ll explore everything you need to know about public trading in cannabis and the top marijuana stocks to keep your eye on for future growth.

Marijuana stocks are still considered to be in their infancy, as industry public trading only began in 2013. In fact, the first marijuana stock to hit the US stock exchange didn’t come until 2018. When Cronos Group, a Toronto-based company received official approval from the Securities and Exchange Commission to begin trading on NASDAQ.

Now, there’s a plethora of publicly traded marijuana stocks to choose from, although their gain was slow to start. Over the years, investors have been patiently awaiting a positive return. And 2021 was finally able to deliver.

Tilray is one of the most talked-about marijuana stocks in 2021. The Canadian pharmaceutical and cannabis company is headquartered in Toronto, Ontario but has recently incorporated into the US. Along with operating in Australia, New Zealand, Germany, Portugal, and Latin America.

Operating as a ‘global cannabis-lifestyle and consumer packaged goods company’, Tilray reported fiscal fourth-quarter sales that may have fallen short of its estimates but returned better-than-expected earnings with a positive net income.

Another Canadian company making waves on the US stock market is Organigram Holdings, Inc. Which is the parent company of ‘Organigram’ a brand that produces cannabis and cannabis-derived products.

The Edibles and Infusions Corporation is another subsidiary of the marijuana stock. That company is responsible for manufacturing and producing cannabis-infused soft chew and other confectioneries. Meaning, they produce high-quality cannabis flower and sell products to consumers directly.

Sundial Growers represents a licensed cannabis producer based in Alberta, Canada. The company operates Sundial Cannabis, Top Leaf, Palmetto Cannabis, and Grasslands Cannabis, all notable direct-to-consumer brands found in Canadian dispensaries. Sundial was a part of the AMC and ‘Meme’ stock revolution set off by Redditors, earlier this year.

Canopy Growth Corp may be a notable stock from 2021, but one to keep a close eye on. As the company recently fell from its reign as one of the top cannabis producers in Canada. In the past 6 months, the stock has fallen by nearly 42% in light of these troubles. Experts cite this may be due to the brand’s shift in focus towards edibles, vapes, and concentrates, and away from flower products in 2021.

Trulieve is a US-based brand headquartered in Florida and has nearly 95 dispensaries in the state alone. It’s most likely recognizable by anyone who’s purchased weed legally in the states of California, Connecticut, Massachusetts, Pennsylvania, or West Virginia.

Trulieve doesn’t just sell weed, but also cultivates and produces products in-house, to distribute to its branded stores. Trulieve is a top marijuana stock to watch in 2021, as its revenue continues to double (and more) year after year.

Unlike the other companies on our best cannabis and marijuana stocks list, GrowGeneration Corp isn’t in the business of producing flower, or cannabis products. In fact, it’s one of the largest specialty hydroponic and organic garden centers suppliers, instead. Despite its category, experts say GrowGeneration is one ‘undervalued’ stock that could double, soon.

Curaleaf is another name you might recognize in the US, as a leading medical and cannabis operator that serves 350K+ registered patients across 23 states. While quite established in servicing consumers, the same can’t be said for steady growth in public trading. Over the last year, Curaleaf has seen up to 5.19% drops in just one week of time.

One of the most recognizable company names on our list, Cresco Labs is identifiable from its position in the US medical marijuana market. On the NASDAQ, the brand is a publicly-traded, and vertically integrated cannabis company based in Chicago, Illinois. Currently, the company has retail operations in nine states, where cannabis is legal for medical use.

The Future of Public Trading in Marijuana

As legalization expands globally, and across the US, experts predict the interest and growth of marijuana stocks will grow right along with it. So, if you want to completely immerse yourself into the cannabis industry, with your own piece of the profit pie – consider purchasing marijuana stocks, and joining the public trading game.

Now, more than ever there’s a plethora of user-friendly apps to buy, trade, and sell stocks without having to turn to an investor who’ll take a piece for themselves. Go on, take the information you’ve learned today and begin getting Wall Street with weed.