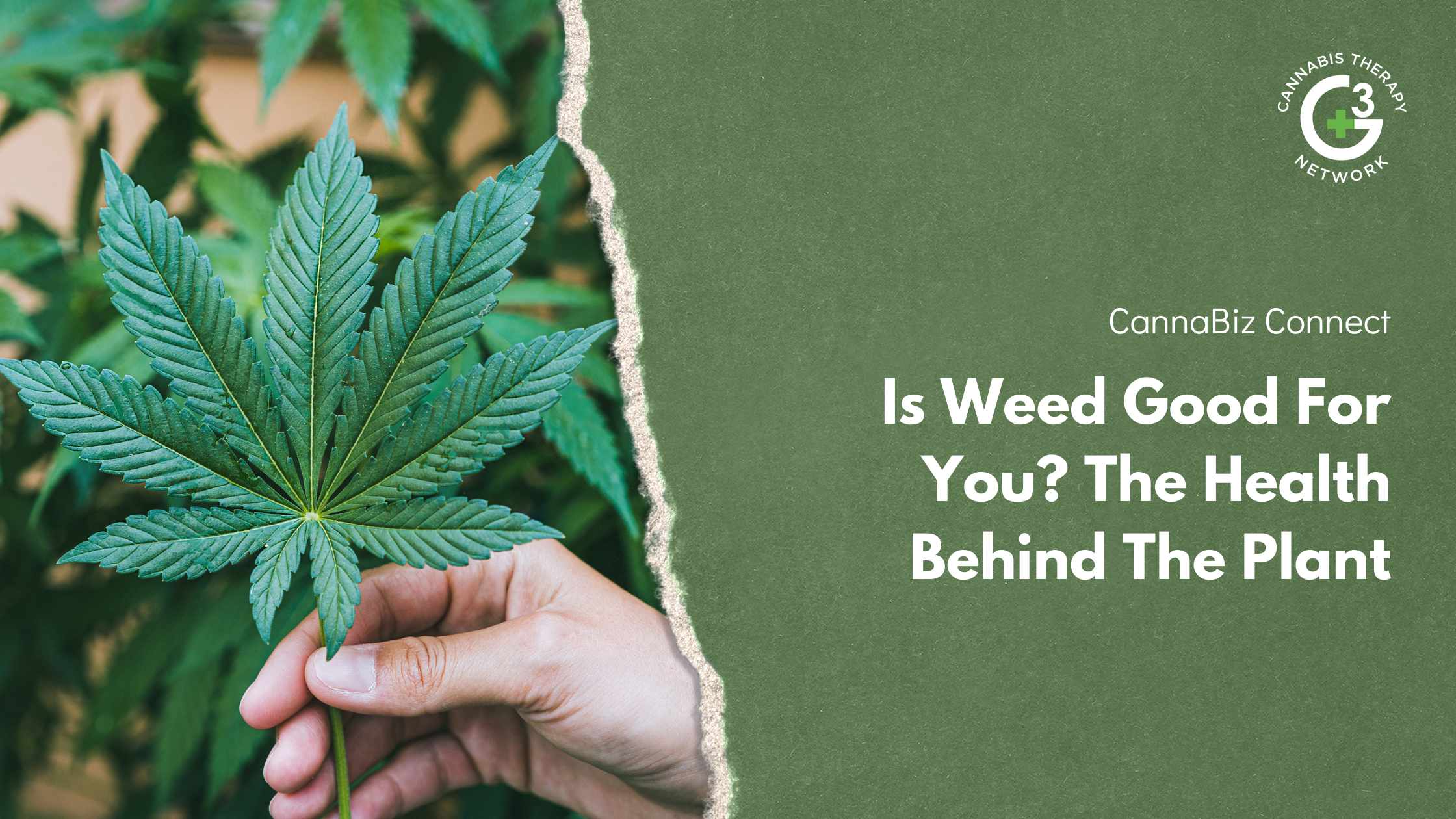 Is Weed Good For You? The Health Behind The Plant

Any conscious cannabis consumer has likely had the common debate with naysayers before. But no debate is one without facts. So, when someone asks – is weed good for you? Knowing the actual medical benefits of cannabis, and being able to answer, what does cannabis help treat, helps.
Instead of sifting through pages of misinformation on the internet – rest assured, we’ve done the work for you. Keep reading for our ultimate guide on the benefits of cannabis, and the health behind the plant.

Where Does Weed Come From?

While the question, where does weed come from, might sound a little silly to some – it’s important to know the plant’s origins and journey to understand the health behind the plant.

The cannabis plant has been grown across the globe for centuries, with the National Institute of Health reporting it’s been used to treat ailments for at least 3,000 years. In fact, for those current ‘Crown’ fans – you’ll be intrigued to know even Queen Victoria used marijuana for PMS cramps way back in 1890.

The cannabis plant has two species – hemp and marijuana. Hemp primarily produces large amounts of cannabidiol or what we know as CBD. Marijuana on the other hand produces larger amounts of tetrahydrocannabinol, AKA THC. We now know these compounds, plus other minor cannabinoids, terpenes, flavonoids, and phytonutrients are responsible for the health benefits the plant can produce.

So let’s explore just how they work internally after inhaling or ingesting.

How Does Weed Work?

When you consume weed, whether smoking a joint, puffing on a vape pen, dabbing a concentrate, or eating an edible your body welcomes beneficial plant compounds. And they begin working with a lesser-known physiological system, our endocannabinoid system (ECS). The reason why you’re unaware of the ECS is it was only discovered in the 1990s when research began to dive deeper into cannabis, cannabinoids, and the plant’s effects.

That’s right, an entire body system wasn’t discovered until studies on weed came more to be. While it sounds unbelievable, it’s one key fact on why we’re still learning the true spectrum of medical benefits of cannabis. What we do know so far is THC, CBD, minor cannabinoids and even terpenes interact with the ECS’s main receptors – CB1 and CB2 amongst others.

So what is the endocannabinoid system responsible for? It’s the main network of communication to keep our body in ‘homeostasis’. Or the overall feeling of being well.

Think of the ECS as the control panel for a computer. It’s responsible for ensuring that every working part of the computer, or in this case, the ‘body’, is working optimally. Its network of receptors travels throughout the body sending messages to the cardiovascular system, immune system, central nervous system, digestive system, etc. All with one main goal – to ensure our body’s working parts are functioning at their best.

When weed enters that system, it’s able to bind, influence, and interact with the ECS receptors for its effects to tag along for the ride. And of course, be felt by the systems that need it most.

What Are Weed’s Health Benefits?

With your newly gained knowledge on where weed comes from, and how it works, it’s time to answer the question you’re here for – what does cannabis help treat? The plant’s natural and unique inner-workings with our body’s physiological system are turning out to be highly effective in treating a number of conditions.
Here are just a few proven examples of how research is answering the question – why is weed good for you?

Weed’s treatment of multiple sclerosis, fibromyalgia, migraines, irritable bowel syndrome, epilepsy, and other widespread conditions is in its infancy of research. Meaning, we’ve only uncovered the tip of the iceberg for the true medical benefits of cannabis and how it can maintain and promote a healthy balance, from the inside out.

Are There Any Risks to Weed?

We can’t talk about health benefits without talking about health risks as well, considering every medicine comes with its own risks or side effects.
Side effect wise, weed has minimal in comparison to many prescription drugs. Beyond the common dry, red eyes, cottonmouth, and the case of the munchies, or paranoia you might feel depending on dose, and/or cultivar.

As for actual risks, science is still conducting research to definitively conclude what negative effects weed may have on our bodies and health. So far, just like the positive health effects of weed, the health risks are still being investigated before being defined as conclusive.
Some of the risks associated with frequent or chronic use of marijuana, that are currently being studied include:

Now that you have top weed questions answered – like, is weed good for you? You can spread the love for the benefits of cannabis. Especially to those who may benefit from its variety of health effects.

The cannabis plant is a versatile, and dynamic plant that we’re still discovering the true powers of. So stay in-tune with the industry, and experts alike, as the medical benefits of cannabis get proven overtime.