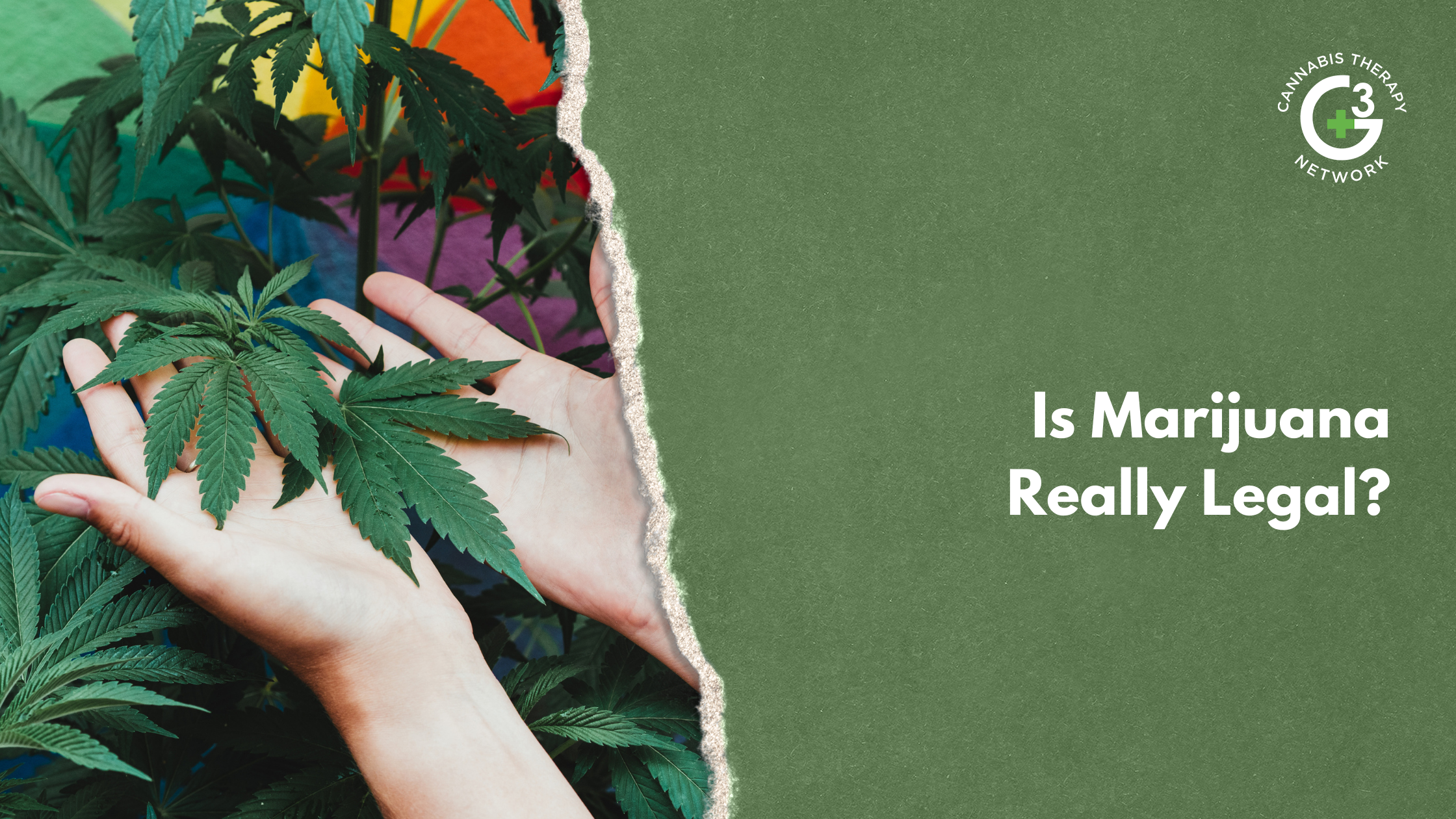 Is Marijuana Really Legal? Everything You Need To Know About Cannabis Laws

Now that the majority of the States in the US have legalized marijuana, recreationally or medically, laws have relatively loosened up on use and possession. But since the plant is still banned federally – that doesn’t mean blurred lines don’t still exist.

As the legalization of marijuana has swept the nation, beginner to veteran consumers are often still asking themselves – is marijuana really legal? That’s why we’ve compiled the complete guide to everything you need to know about cannabis laws and cannabis legalization.

Before we begin, let’s first review what legalization actually is. By definition, the noun ‘legalization’ refers to –

The action of making something that was previously illegal permissible by law.

Since cannabis was banned in 1937 upon the signing of the Marihuana Tax Act, the term is synonymous with states reversing the illegality of use. Legalization can reference the permission of consuming marijuana, for medical or recreational (21+ adult) use. Which of course, varies from state to state.

What States Have Legalized Marijuana?

So what states have legalized marijuana? Here’s the breakdown of where the 50 states currently lie for recreational and medical cannabis legalization:

But just because marijuana is legalized in specific states, the plant remains federally prohibited. This contradiction has led to a distinct grey area in cannabis laws, that leave consumers up in the air for feeling safe and lawful while consuming.

State to state laws concerning cannabis have progressively changed to fit the growing support of use. But federally, possessing, consuming, and distributing cannabis is still a punishable offense under the Controlled Substance Act.

Since the Supremacy Clause of the US Constitution declares federal law as ‘the supreme Law of the Land’, the divide causes confusion to say the least. Considering citizens have the right to consume legally in certain States, while simultaneously violating federal law.

Congress and individual state representatives have actively sought to ‘clear the air’ of cannabis legalization confusion. Including the following key approvals that allow state laws to relatively reign supreme.

The progress should help consumers feel more protected in their use, as long as they’re following state-to-state regulations. Since technically, federal permissions still allows for prosecution for criminal cannabis activity.

Beyond consuming, and possessing personally, the differences in State vs. Federal legalization are also causing widespread issues in key areas for businesses to thrive. Like, banking, inter-state trade, taxes, and research.

Another glaring hole in the system comes from legalization vs. decriminalization. So let’s also define decriminalization to fully understand the concept. By definition, the noun is the action or process of ceasing to treat something as illegal or as a criminal offense.

The logical thought would be legalization would offset decriminalization or a decrease in criminal offenses surrounding the new or reversed law. But, have marijuana-related arrests and punishments actually decreased with marijuana legalization? Or, the simple question being –  is marijuana really legal?

As for the states who have legalized marijuana so far, here’s what the numbers show:

While arrest record information is still being analyzed for newly legalized states, overall marijuana arrests are rising nationally. In 2018, the FBI released that arrests steadily increased from 653,249 in 2016 to 663,367 by 2018. That’s an arrest every 48 seconds, per year. Only adding to the fear of many ‘legal’ marijuana consumers, who believe they’re following their state-regulated laws.

Another peculiar topic for legalization vs. decriminalization comes from the numbers for asset forfeitures. As of 2019, marijuana-related forfeitures still accounted for 40% of all illicit ‘drugs’ overall. Seizing nearly $661 million in assets from the industry alone, nearly 5x more than heroin and meth. Which is clearly not legalized, in any way, shape, or form. This information alone is pushing major groups to advocate, and seek reform.

Now that we know more about what states have legalized marijuana, and continued arrests, it begs the question to be asked – will legalization last? So far all signs point to yes considering two-thirds of the American population reported supporting marijuana legalization in 2019. What the Federal, and State legislators will do with that information will depend heavily on the institution’s agendas coming out of COVID-19 and election cycles.

Good news could be on the horizon, however, as the SAFE Banking Act was passed by the house this past year. Unfortunately, it awaits further progress for the Senate being in session more regularly. The legislation was even stuffed into a Coronavirus Relief Bill this August, shedding light on the issue again. While the language only addresses banking services for cannabis versus consumption or possession, it could serve as a pivotal turning point for future legalization.

Like the progress of the STATES Act, or The Strengthening the Tenth Amendment Through Entrusting States Act that was introduced in 2019. Senator Elizabeth Warren (D-MA) and Representatives David Joyce (R-OH) and Earl Blumenauer (D-OR) drafted the bill to legalize all marijuana-related activities at a federal level, as long as permitted by the state law. By directly amending the Controlled Substance Act that once banned the plant.

Marijuana on the Move

For the last several years, it’s safe to say marijuana legalization has been on the up and up. Now more than ever, cannabis legalization is in more states than not with even more seeking to legalize this November election cycle. While lighting up legally might still feel peculiar to veteran and beginner consumers, knowing the laws surrounding the freedom can help ease any questioning qualms.

Stay up to date with the latest cannabis laws, as we’ll continue working to keep you informed.