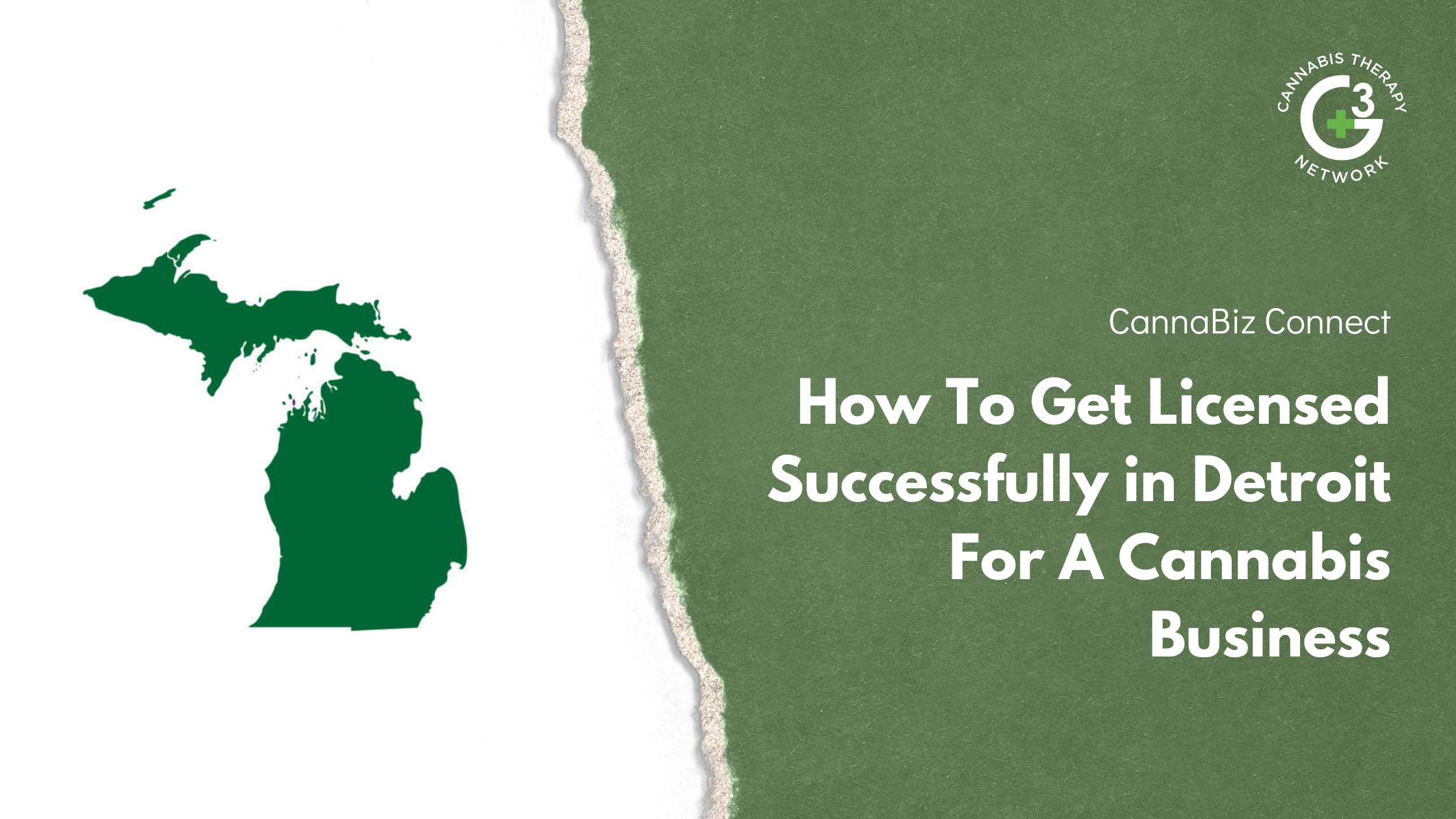 How To Get Licensed Successfully in Detroit For A Cannabis Business

After years of questions, confusion, and legal battles, getting licensed to sell cannabis in Detroit is finally open for business. But that doesn’t mean there still aren’t complexities to sort through to become approved.

To understand the process it takes to receive a Detroit cannabis license, and the Detroit legacy program, we’ve simplified the most pertinent info you need to know below.

Keep reading to learn how to become licensed successfully in Detroit, for a cannabis business.

The history of weed in Detroit

The legalization of marijuana is nothing new for Detroit residents. In fact, medical marijuana was legalized all the way back in 2008. After this vote, dispensaries began popping up on almost every street in the city. Over time, nearly 300 had opened their doors. What happened?

The city began cracking down, not taking the use of medical marijuana as seriously as it should. Many restrictions were passed, and so many dispensaries were raided for ‘illegal’ activities, that in just 18 months nearly 90% of the thriving dispensaries were forced to shut their doors.

Now, with statewide recreational legalization and robust tax money to be made – the city is changing its tune. Voted upon last October, finally, recreational adult-use establishments are able to apply for licensing within city limits.

Even better, the city is giving back to the residents who have endured so many wrongs over the years with a unique incentive program.

What is the Legacy program?

Those unique incentives come with what’s known as the Detroit Legacy certification. That’s right, the ordinance to open Detroit cannabis license applications came with a stipulation that benefits long-term ‘legacy’ residents. Requiring that 50% of licenses in any category must be given to legacy Detroiters. Making a 1-for-1 ratio of out-of-towners to locals.

Here’s a quick breakdown of the program:

To receive your Detroit Legacy certification, you’ll need to qualify with one of the following:

Application Fees
To qualify as a legacy Detroiter, there’s a non-refundable $100 application fee.

Such progressive programs don’t come without some restrictions of their own. The city outlined specific zoning areas per license type, to ensure safe practices all around.

As you set out to paint the city green, you’ll want to be aware of the exact zones and lines you can stay within. Each license type has a designated zoning area, where they can legally operate. You’ll still have to request Special Land Use approval, through a separate process.

To access the map, and all the steps you’ll need to follow, visit the well-organized resources below:

With so much paperwork, steps to follow, and proverbial hoops to jump through – don’t give up getting confused over what to fill out, or how. We’ve simplified all the application steps below:

If you’re an existing medical marijuana license holder, keep in mind your steps to city licensing success will look a little different. For your city licensing, be sure to have:

Or, if you’re a general applicant vs a Detroit Legacy applicant, here’s the steps to follow that won’t include the Social Equity or Legacy applications.

Now that you have everything you need to complete the Detroit cannabis license application from start to finish – what are you waiting for?

If you qualify for the Detroit legacy certification or are interested in being a part of the city’s blazing revival, then now is the time.

Go to the G3 Hub below and get a FREE checklist to help you start your investment towards the city and the plant you love. And soon, you can both revel in mutual growth and success.