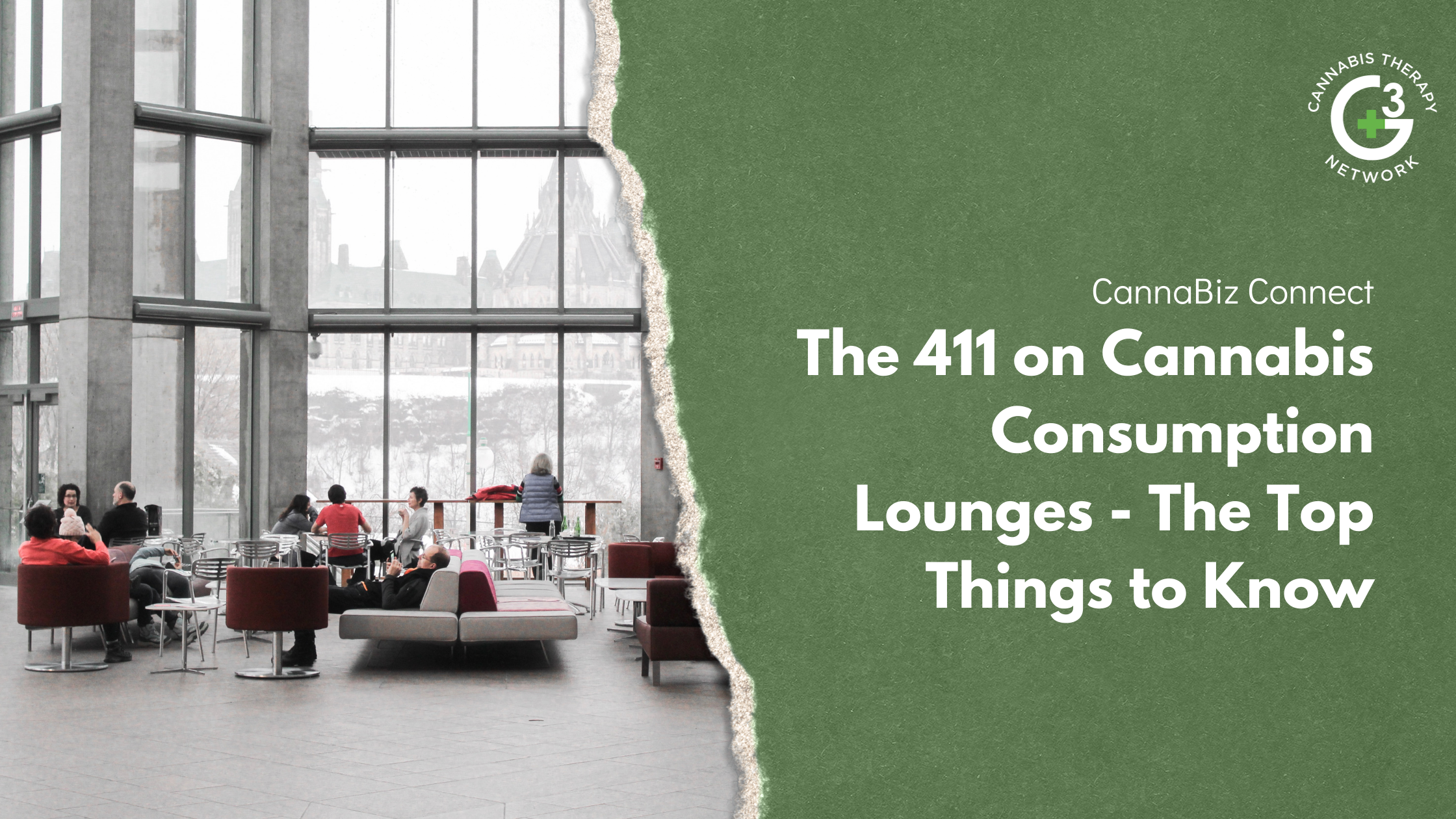 The 411 on Cannabis Consumption Lounges – The Top Things to Know

As liberating as legalization may feel there’s nothing more freeing than lighting up legally, in public. Which only a few have had the opportunity to experience, with restrictions set forth by state regulatory agencies for medical and recreational purposes. But as the cannabis industry grows, so do the types of licenses that are now emerging.
What’s next for the new world of weed? Cannabis consumption lounges, and public marijuana events.
Let’s get the 411 on the current state of consumption lounge licenses: where they’re legal, and what you need to know for the future of the industry.

What is a consumption lounge?

It’s also a plus to the local cannabis community to reduce stigmas and build personal relationships amongst the population.

Next, let’s take a more in-depth look at which states have legalized consumption lounges or have plans to.

Below is a summary of all the states who have consumption lounge licenses, or are soon planning to, and the rules and regulations to know in each:

In 2019, Alaska surprisingly became the first state to license marijuana consumption on-site at legal cannabis dispensaries. Somewhat similar to a social consumption lounge, or at the very least allowing dispensaries to explore the additional offering in their start-up plans. That means, regulatory-wise you’ll need a retail license to apply for a “special onsite use endorsement”.

Consumption lounges have been legal in California for a couple of years and are home to some of the most infamous attractions around. Like Moe Greens in San Francisco, which went through a 4-year process of becoming licensed to open.
In 2021, California regulators sought out to clear gray areas in consumption lounge laws that prohibited the selling of non-marijuana foods and drinks.

In Illinois, cannabis consumption lounges were legalized in 2020. However, legalization came with a caveat. That being, social consumption licenses can’t legally sell cannabis to its customers, only facilitate a space where it can be consumed. Due to this regulation, the lounges are now known as BYOC (Bring Your Own Cannabis).

For Michigan, regulations outline how to become licensed to sell marijuana, grow marijuana, or process marijuana, but leave out any language allowing for onsite marijuana consumption.
However, like the state’s laws for liquor licenses – consuming marijuana is left up to the local governments. If zoning and permission are granted by local municipalities, social consumption lounges can be operated.
Cannabis can even be ‘gifted’ on site thanks to Michigan’s cannabis gifting law. This law allows for small quantities of cannabis to be ‘given as a gift’ but not sold for money.

Like Alaska, New Jersey’s newly legalized cannabis commission only allows for “licensed cannabis retailers and medical dispensaries” to pursue opening what’s known as a Cannabis Consumption Area (CCA).
Regulations define a CCA as “a designated space operated by a licensed cannabis retailer or medical cannabis dispensary, for which both a state and local government endorsement has been obtained”. Meaning, extra approval will be required in addition to receiving a dispensary or retailer license for consumption to be allowed on site.

Similar to other states, Pennsylvania’s recent recreational legalization also allows for the opening of consumption lounges. They can be independent, or owned by and attached to dispensaries but cannot actually sell cannabis themselves. Another, BYOC situation where consumers can bring their own stash to consume in the licensed lounge.

What about marijuana events?

For now, many see the lack of public areas to consume a patient-right and customer-centered fight. Advocates are hoping that more states begin to see the success of legal consumption lounges and facilitate cannapreneurs ability to provide that access to those who need it.
Until then, the states you’ve learned about today will continue to create a safe haven for public cannabis consumers and social cannabis use.